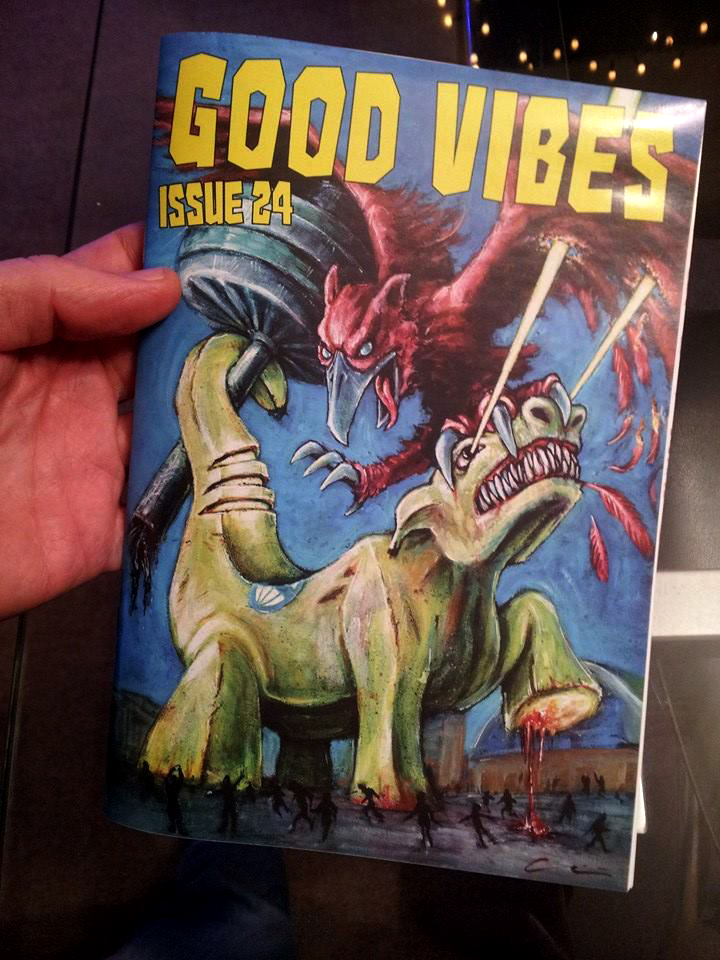 yep, so the artwork i was telling you about a while ago [link] has now been used on the front cover of good vibrations magazine [their website]

AND they’ve run a  little article on me inside too, with a whole bunch of artwork that (if you’re familiar with my stuff) you’ve probably seen before. 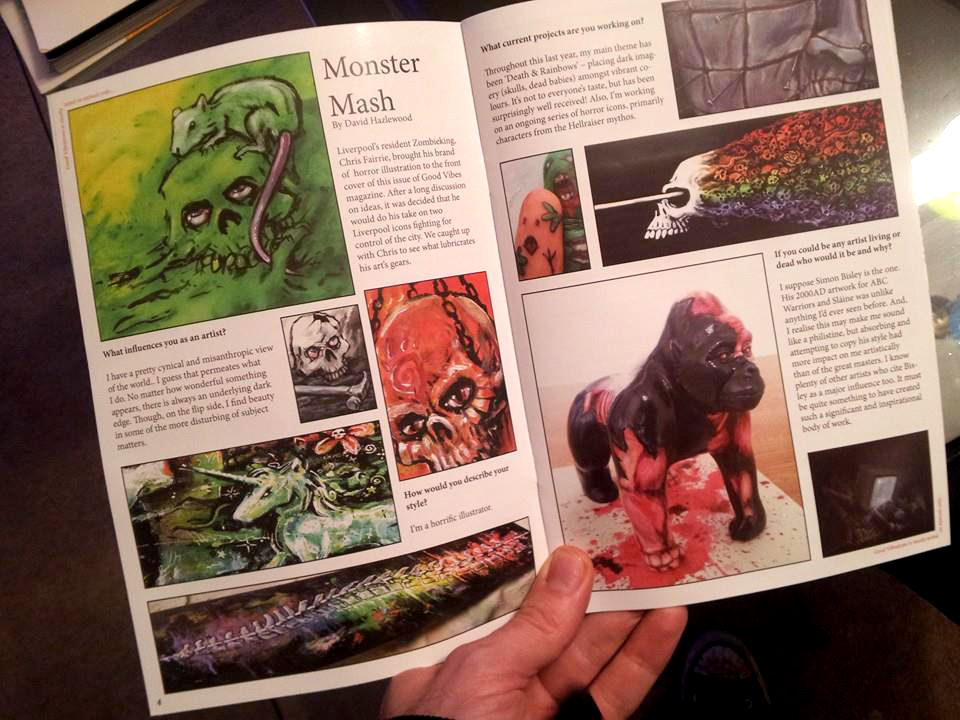 it’s a bit of a strain to read the text on the pic, so these are the words…

Liverpool’s resident Zombieking, Chris Fairrie, brought his brand of horror illustration to the front cover of this issue of Good Vibes magazine. After a long discussion on ideas, it was decided that he would do his take on two Liverpool icons fighting for control of the city. We caught up with Chris to see what lubricates his art’s gears.

GV: What influences you as an artist?

ZK: I have a pretty cynical and misanthropic view of the world.. I guess that permeates what I do. No matter how wonderful something appears, there is always an underlying dark edge. Though, on the flip side, I find beauty in the some of the more disturbing subject matters.

GV: What current projects are you working on?

ZK: Throughout this last year, my main theme has been ‘Death & Rainbows’ – placing dark imagery (skulls, dead babies) amongst vibrant colours. It’s not to everyone’s taste, but has been surprisingly well received!  Also, I’m working on an ongoing series of horror icons, primarily characters from the Hellraiser mythos.

GV: How would you describe your style?

GV: If you could be any artist living or dead who would it be and why?

ZK: I suppose Simon Bisley is the one. His 2000AD artwork for ABC Warriors and Sláine was unlike anything I’d ever seen before. I realise this may make me sound like a philistine, but absorbing and attempting to copy his style had more impact on me artistically than of the great masters. I know plenty other artists who cite Bisley as a major influence too – it must be quite something to have created such a significant and inspirational body of work.