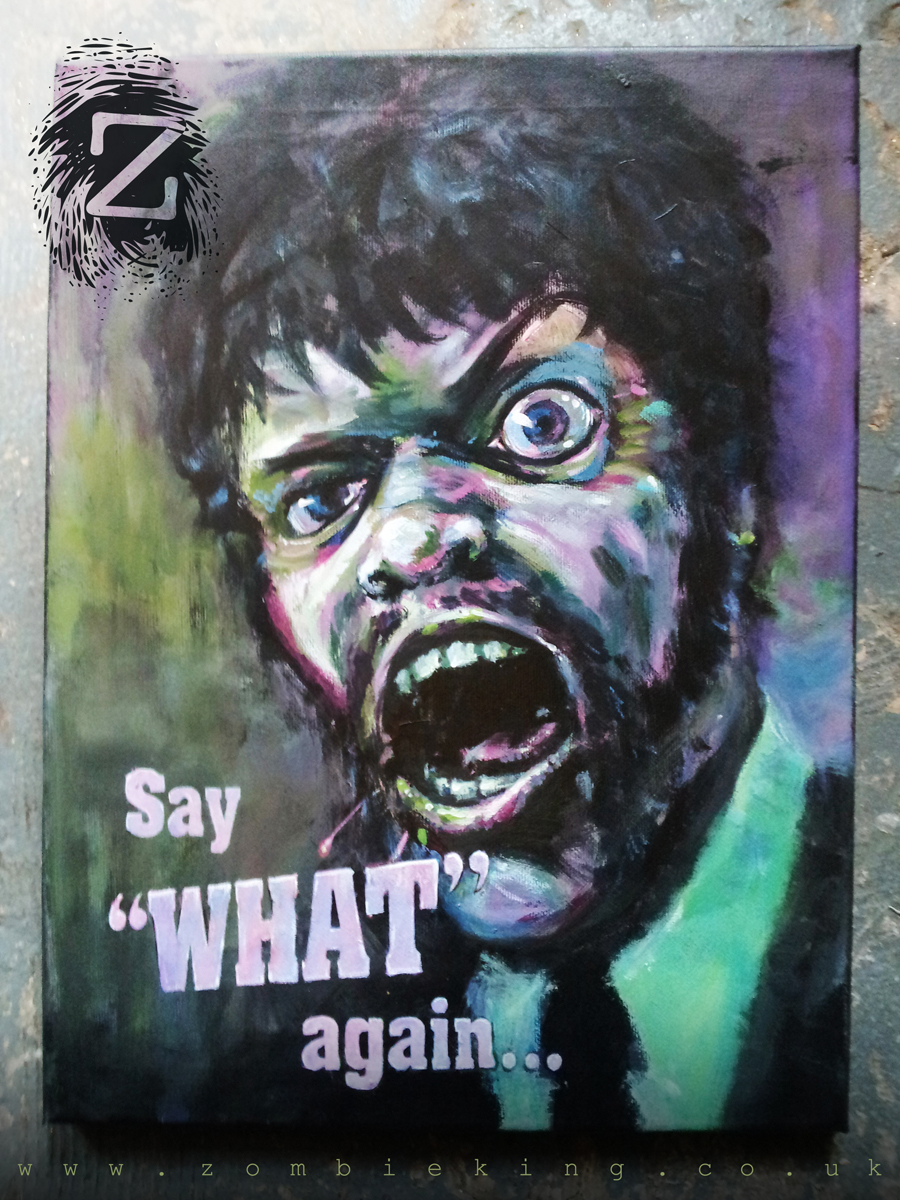 the intention was to do a very sketchily painted face, simply as a loosening up exercise in painting. however, as it developed it began to look like a bit like samuel jackson’s character [jules winnfield] from pulp fiction. naturally the relevant line from the scene had to be scrawled onto the canvas too, but I had no internet at the time so couldn’t use source any reference for the man or the movie. 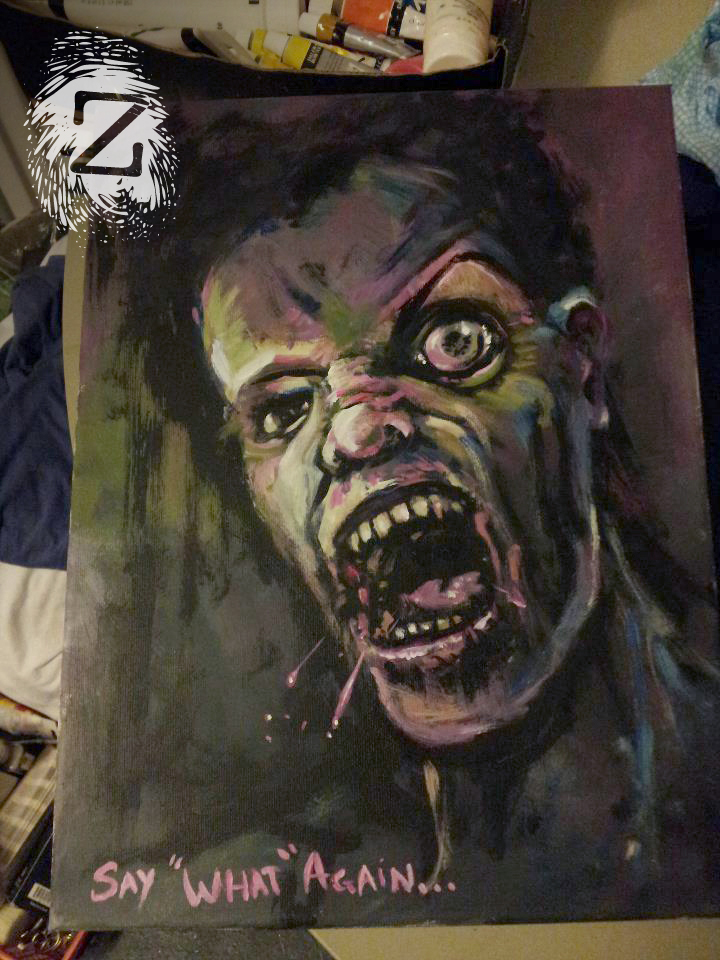 and that was that.

it was an ok sketch, which bore a passing resemblance to that character – though I’m certain that the idea is reinforced far more by the accompanying text. anyways, it served its purpose and was immediately resigned to the never-to-be-touched-again pile.

i posted a photo of it on my facebook, more to justify the time in the studio rather than being happy with the results.

however, that was where my troubles began, because a few people liked it…

i tried to explain that it was a crappy sketch, and was done without any reference and for no real purpose. but it didn’t matter, I was told that it was really good as it was. but IMHO, it wasn’t good enough. 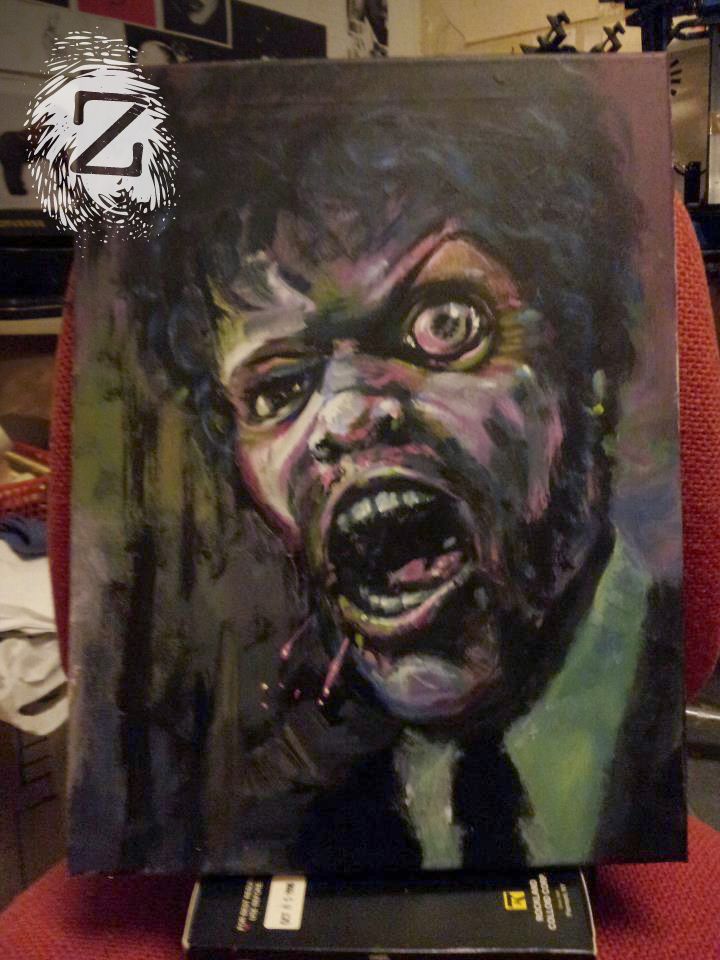 y’see, people were judging my work using this sub-standard piece [i don't care that they actually liked it!]. the point is that i wasn’t happy to have this be held up as a decent piece of my artwork.

so with my stubbornness leading the way I worked on it for another session. and I do feel vindicated that it looked substantially better. I tried not to be too smug though! 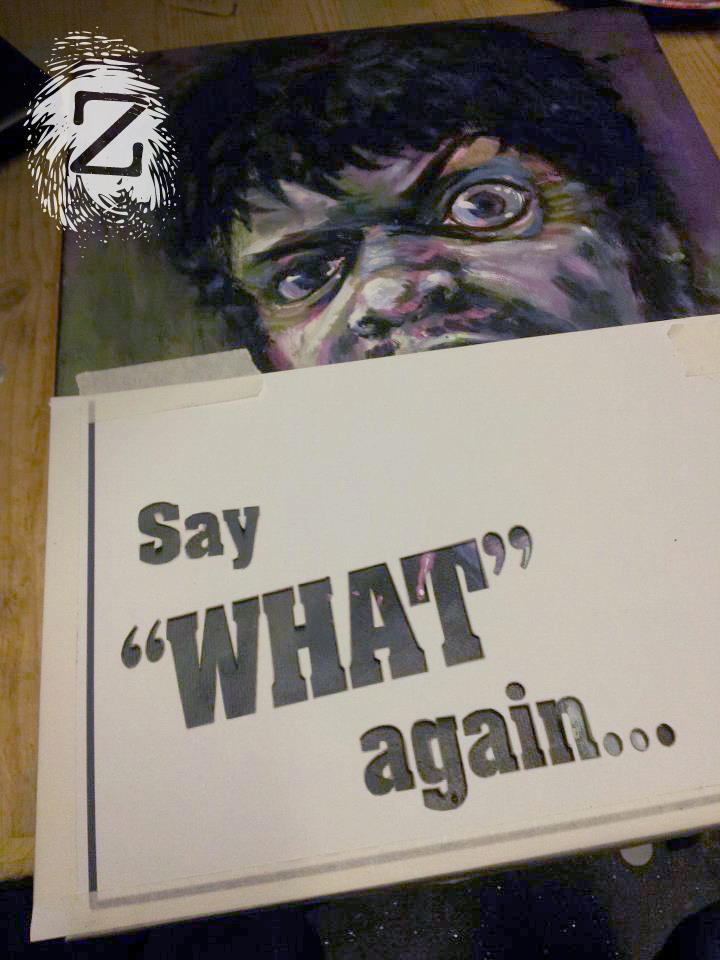 I worked on the painting a touch more and then made up a stencil for the quote. aachen bold was the only realistic choice of font [the astute amongst you will understand why].

i will admit to being reasonably happy with the finished result, especially given that it evolved from nothing.

although, i am slightly more concerned about what this little story says regarding my own psychological profile – as my entire motivation to complete the painting came about, by me trying to prove that my friends were wrong in praising my work.

and i do feel that i proved my point!

so, now i wonder what exactly is the moral of this tale?

is it something about, ‘friends are never right’? or, maybe that, ‘it’s never appropriate to receive compliments’ ? hmm, i suspect it’ll take me a while to figure this one out.