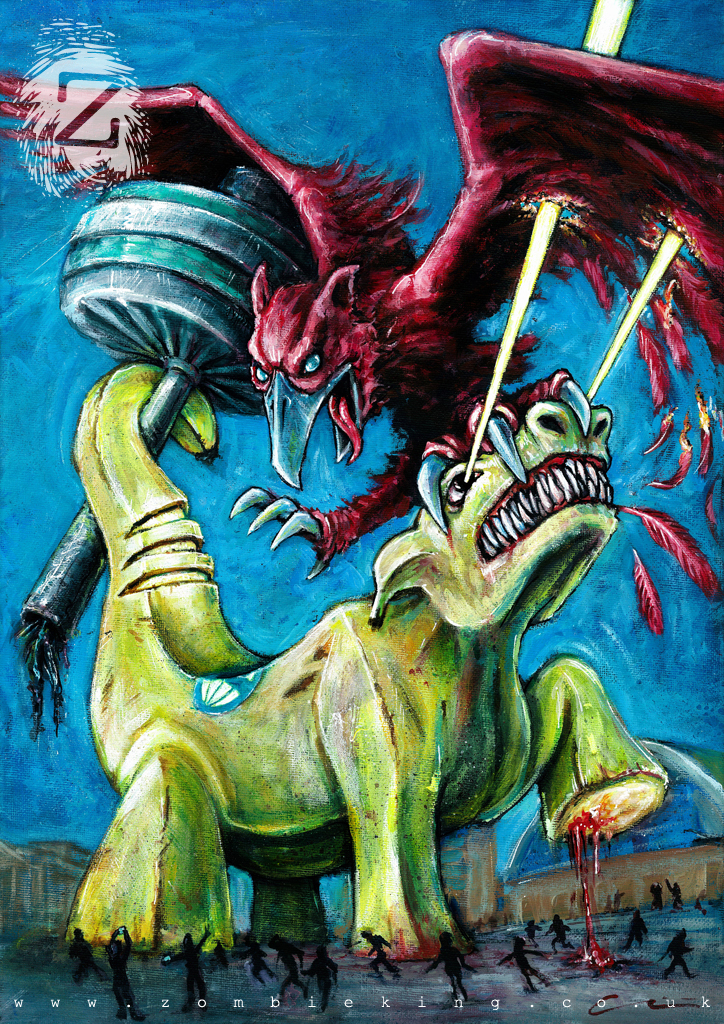 i was asked if i’d do some artwork for the cover of good vibrations magazine – which is a liverpool based alternative culture magazine. they put out  a monthly mag, and have a lively website [link].  after some discussion with the editorial team we ended up going with this as the brief:

GIANT MONSTERS doing battle in the city of Liverpool!

if you know the city, it’s not as silly as it sounds.. as both are long standing icons of liverpool! if you’re not familiar with these creatures let me enlighten you a touch..

[NB the lambanana photo was a googlefind, but should be credited back to http://penguinsparade.blogspot.co.uk/ as it was borrowed entirely without permission. soz!]

anyway, there can certainly be deeper meanings discovered within the politics and significance of these icons doing battle, but i’ll leave that for others to discuss.. my only concern is GIANT fucking MONSTERS!!   raaaAAAAWWRRRR!!!

so i started out with quite a simple sketch – just trying to give a bit of life to the statues and mess with composition.. 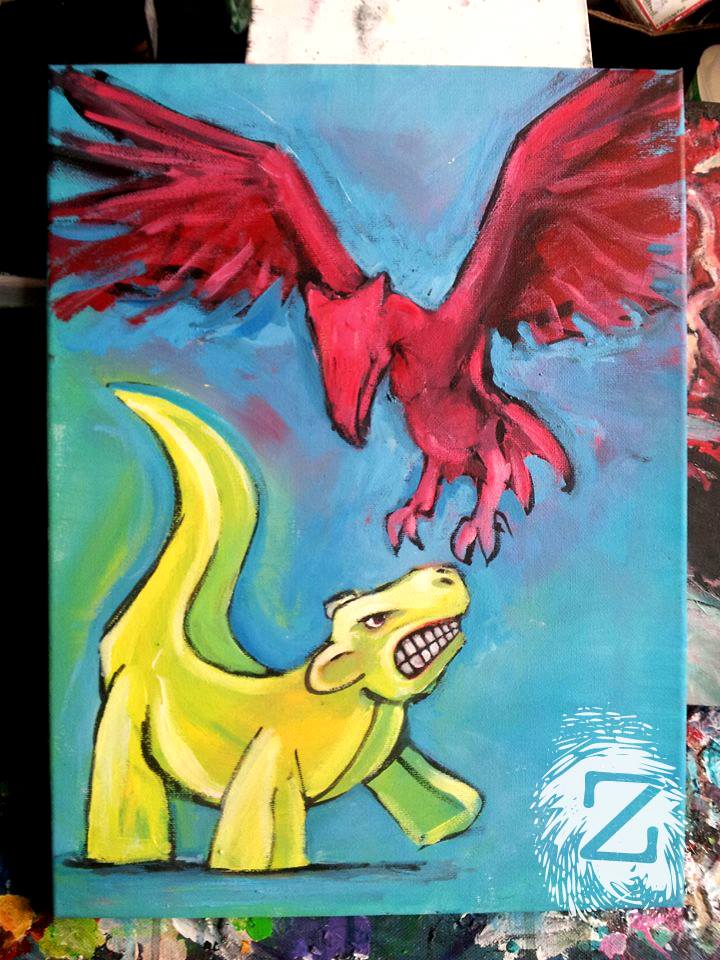 but tbh it was a bit tame. not really big shit kicking beasts tearing into each other and destroying the city as a consequence. indeed, i think they look pretty cute!

so with that in mind, i reworked it… 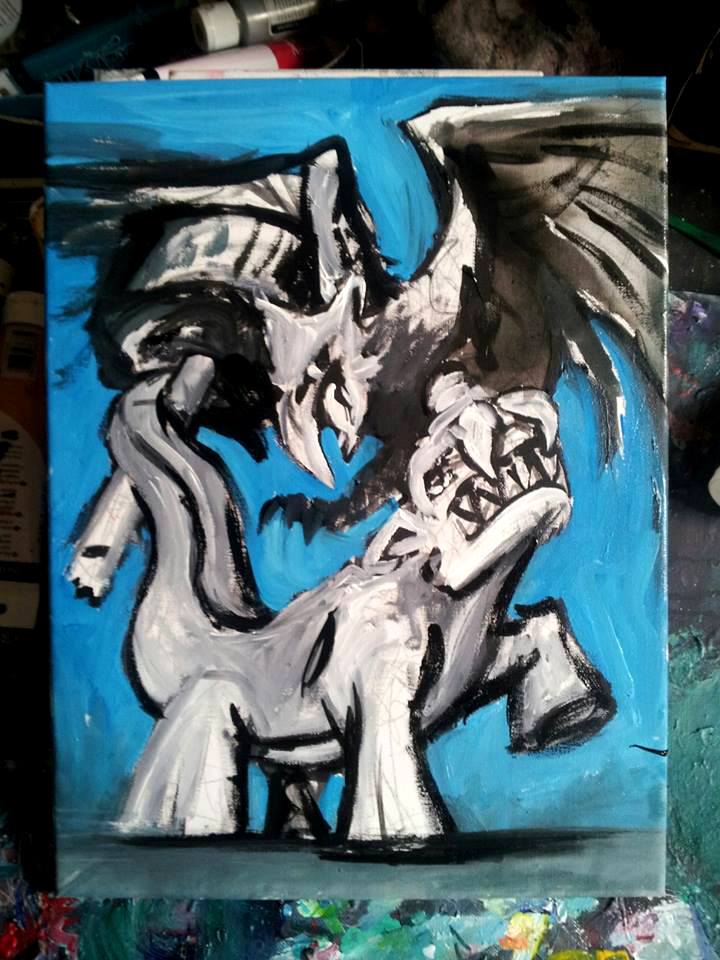 so there are more progress shots over on my facebook [link] but rather than reposting them all here let’s just skip to the finished piece!

SUPERLAMBANANA vs THE LIVER BIRD

[acrylic on A3 canvas]
by yours truly, chris zombieking!